Blockchain is a new type of database that is digital, decentralised, distributed and append only. It is a chain of blocks. Each block containing data, is connected securely, using high end cryptography, with one another in a chronological order.

Why is it called Blockchain?

In the original Bitcoin paper, the database was not called Blockchain. Overtime people started calling it blockchain, because all the data coming into the network were grouped into blocks and connected to one another chronologically.

How is Blockchain different from traditional databases?

Traditional databases are controlled by a single entity or a central body and therefore have single point of failure risks and are vulnerable to security breach. On the contrary, blockchain databases being decentralised and distributed have no such risks.

Traditional databases like accounting ledgers if are spread across several entities, need to be consolidated before a transaction is settled. For example T + 3 in equity market where settlement takes place after 3 days of the transaction date.  Whereas in the case of blockchain all entities share the same database at the same time, therefore transactions are settled at the same time i.e. T + 0. 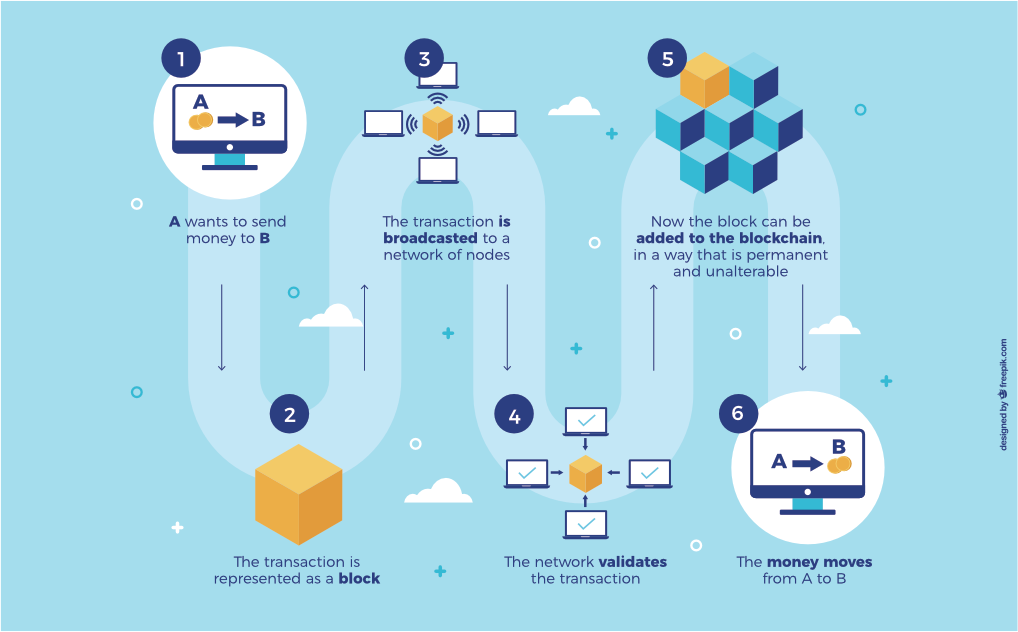 What is the difference between a public and private blockchain?

A public Blockchain is one that is run by an open network where any one can join in and perform all the functions like reading, writing and viewing of transactions in the blockchain database.

Whereas a private or permissioned blockchain is run and managed by a company, entity or a group of people who decide on, who all can participate in their blockchain and also what all actions they can perform in that blockchain network.

Why is so much of talk about Blockchain in the industry?

Once blockchain is adopted, it will be possible to exchange value between people living across boundaries in the same fashion as we exchange email and instant messages online today.

Why is there so much of hype around blockchain?

Old ways of storing data have limitations. They are prone to attacks and manipulation due to their centralization nature and single authority control. If the authority is compromised in any way, data may get manipulated in all possibilities. Since a Blockchain database resides on all the nodes in the network that are dispersed across the globe. It is almost impossible to hack or compromise the whole network.

Can blockchain be used to secure IP?

IP protection and security is one of the popular use-cases of blockchain. An idea can be stored on a blockchain and if that idea is stolen and there is dispute of ownership, it can always be proved that on a particular date, the date of storage on blockchain, the idea existed with the owner/ creator.

Bitcoin is the first application of a Blockchain database. In fact, people did not know about Blockchain before Bitcoin came into existence and neither was it called Blockchain then. Bitcoin is used as a cryptographically secured digital currency in a peer to peer network which does not require assistance of any third party for the transaction to take place. Bitcoin Blockchain stores all the transactions done in bitcoin since first transaction on 3rd January 2009.

Are all blockchain projects related to Bitcoin?

No, bitcoin is one application of a blockchain. Over years, many other blockchain databases have come up with significant difference from bitcoin blockchain.

But there have been reports of Bitcoin getting hacked and stolen?

Bitcoin Blockchain has never been hacked and it is economically infeasible to hack it due to its large network with massive computing power. Supplementing services like bitcoin exchanges and personal bitcoin wallets have been hacked in the past and that too due to failure on people front in keeping secured the private key of those compromised wallets.

What is a bitcoin wallet?