Canard Drones is a company selected by the European Space Agency (ESA) and Fundación madrid+d to take part in the ESA BIC Comunidad de Madrid incubation programme. This programme drives business projects that use space technologies or develop applications based on these technologies to create new non-space products and services.
The team of KIM, ESA’s broker in Spain,has interviewed Jorge Gómez, CEO of Canard Drones. 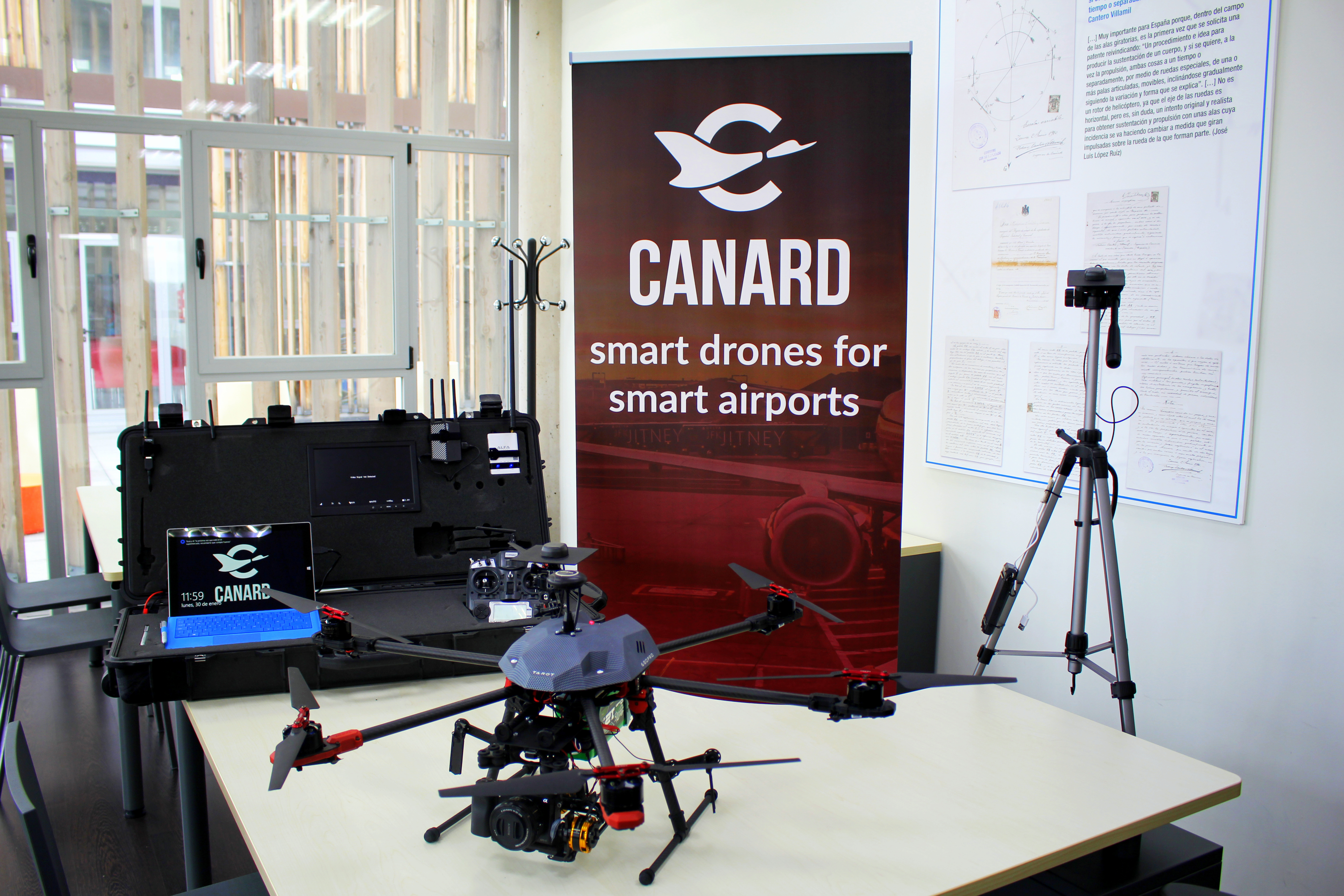 During this incubation period at the ESA BIC Comunidad de Madrid programme, Canard Drones will develop an air navigation aid system. Could you explain briefly what this system consists of?

I put you in context. The air transport industry is the second largest in the world. In 2016, for example, it generated €650 million in revenues and there were 37 million flights, which carried 3.5 billion passengers. Security is a top priority in this industry. And the greatest number of accidents occurs when the planes are landing. To ensure that aircrafts land safely, airports use visual and radio beacons, known as Navigation Aids. These beacons are checked from the air and calibrated using manned aircraft. The technology we are developing would allow this calibration to be performed automatically with the help of drones, much faster, cheaper and more effective. 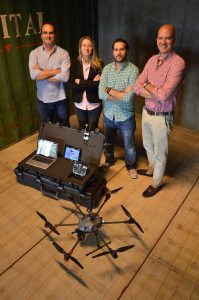 What does it mean for a startup like Canard Drones the opportunity to participate in the ESA BIC Comunidad de Madrid programme??

When we decided to participate in this programme, we just had an idea. We had not even put it on paper. But in less than 12 months, thanks to the support of ESA and Fundación madri+d, we have been able to realize this idea in a system that effectively calibrates air navigation assistance systems at airports. And we already have 30 international airports interested in our technology. In addition, we have received 15 international innovation & entrepreneurship awards, which have provided us € 350,000 in cash, and we have just closed a financing round of € 1,200,000. All this would not have been possible without the support received from ESA and Comunidad de Madrid.

Space technology is designed to operate in environments with high physical (temperature, pressure, resistance) and logic (software robustness) demands. For this reason, it´s usually very attractive to the customer. Is it the case of Canard Drones´ customers?

Yes. One reason why we use space technology is because it allows us to have a lot of precision. Our system uses EGNOS (European Geostationary Navigation Overlay Service), a satellite-based augmentation system (SBAS), developed by the European Space Agency, the European Commission and EUROCONTROL. This technology, combined with positioning systems (also very precise), allows us to obtain a precision of 2 cms. While the usual error range of a GPS is about 2 meters on land and 17-18 meters in height. This high degree of precision is fundamental for our customers.

I suppose the fact that the technology is backed by the ESA is a guarantee of reliability for the customer as well.

Yes. The customer appreciates that you use technology that has proven to be totally reliable and with very high availability.

Canard Drones was born with the goal of “developing smart drones for smart airports”. When do you expect drones to be operating at our airports?

Our drones are already operating in tests at several European airports. The regulation prohibits drones from operating near an airport if the airport’s permit is not available. But our system is designed to operate inside the airport, so it´s the airport itself that requests the operation. Thus, it´s easier to get authorization. 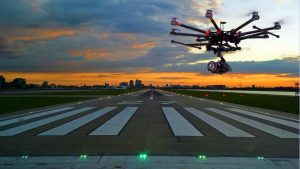 What particularities does the development of a technology that will be applied in an airport have?

It has many conditioning factors, because airports are very restricted environments for three reasons. First, there is the technical/technological part: the infrastructure of airports are very sensitive to electromagnetic interference. In addition, there are many systems operating at the same time. On the other hand, there is the operational part. In order to be able to operate in an airport, you need to define an operation. This operation must be validated by the corresponding Civil Aviation Authority (in the case of Spain, AESA, the Spanish Aviation Safety and Security Agency). Finally, there is the regulatory part, which determines what technologies can operate within an airport and in what scenarios of use. The combination of these three elements is what makes very special to operate in an airport.