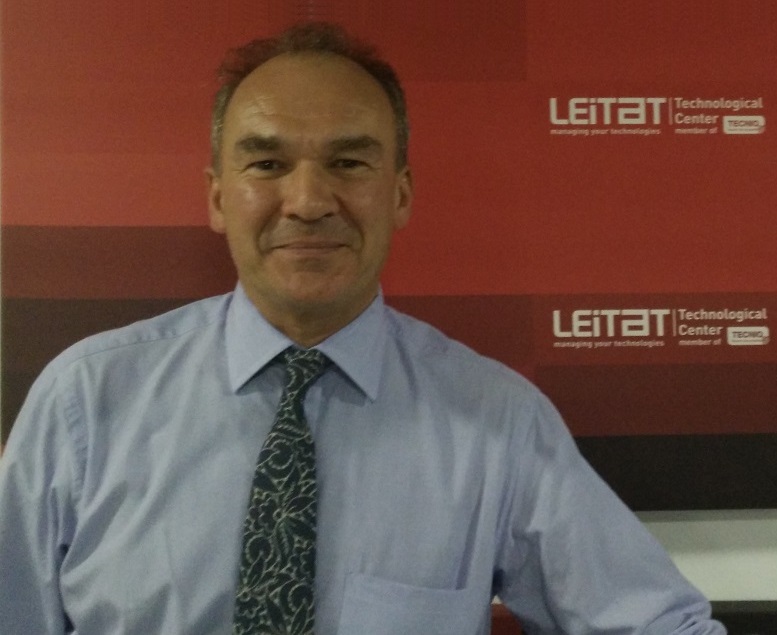 Tom Hockaday, leading expert in university technology transfer, was at KIM headquarters in October giving a lecture in “Developing your investor network and closing investment deals”. We didn’t miss the opportunity to talk with him about his successes, projects and visions.

Mr. Hockaday, you are now an independent private consultant, but from 2000 to March 2016 you led ISIS Innovation Ltd at the University of Oxford, growing it into a world leader in technology transfer (TT). How did it start?

The most important thing to say is that ISIS innovation Limited, the company, started at 1988, so long time before I arrived. My predecessor, Tim Cook, started in 1997 and did a fantastic job as a managing director, helping the university to understand that they needed to invest more and develop ISIS Innovation Limited more. So I think he gets all the credit. When I arrived in 2000, there was a team of 15 or 16 people. I joined that team and worked closely with Tim Cook for a number of years.

But did you see it coming? Did you think this was going to be this big?

No. I think when you are involved in a project, growing successful business, it is so intense that you don’t necessarily see the growth. But we were 20 people, then 25, then 50. It was gradually steading growth.

What was the turning point?

There was a point when the amount of money we sent back to the University was greater than the amount they were investing in us, and that was really good! We identified that the management of the portfolio of shareholdings in the spinup companies was important, so we brought more results into that. There were some key stages along the way but actually was gradual growth. We did things so the academics bring more ideas to us. We had good people who provided support to the academics, so the academics find their value. And this is the key thing. All the academics scientists, all they, were making disclosures to the TT office. Besides, the Oxford University research has very high quality and very large quantity and that challenges to operate in such a way that the academics bring you more and more projects. And we were successful.

In detail, under your leadership, ISIS grew sales income from £3m to £24.6m, growing from 35 to 100 employees, and supported the creation of 100 new companies. In your opinion, what is your best legacy?

I don’t know… (Laugh). A sustainable business. When I left in March this year, this team of 15 or 16 people were a hundred people. Lots of different things have changed around us; it’s not just us, but the whole culture within Oxford University, within universities, the view of government, which funds lots of basic research, encouraging impact and encouraging university to connect more with society. There were so many things operating in parallel. But I think one of the great things is there is no question that it is a sustainable activity. We have proven that Oxford has one of the best examples in the world of TT.

Which success stories you feel more proud of?

The biggest financial success from the spinup company point of view was a software computer games called Natural Motion. There were other successes, some licensing deals, prenatal diagnostic test… We had these projects that make money, but that is only one measure of success, and it is getting less and less important. I think early on there was some pressure for us to show and demonstrate financial performance at the beginning, because the university was putting money in and it wanted to make sure we could became sustainable. But the more important picture is we are actually helping to transfer projects from the university to industry. The reason we want to do that is not to make money, is that business industry and the new big companies and small companies invest their money to develop the technology to market, so there are better products and services. And the consequence of that is that we get money, but the real objective is to get Oxford’s stuff being used.

What are for you the key factors behind your success?

Oxford University is that it is one of the world leading universities, so everything that Oxford does needs to be world leading. There is incredibly high expectation. If you do something you need to do it really well. And as one of the best universities in the world it has thousands of very bright scientists and academics. Last year, for example, it spends like 600 million pounds on research. That is a huge volume and very high quality research, so that is if you like the sort of the input. And a feature I say always is true of every successful organization is the people. We were very successful in hiring people with a good scientific background and a good business background as well. So that was the feature that the technology transfer managers, the project managers: they knew about science, worked in industries and had technical experience. And it all comes down to this point of a translation between the language of university to the language of business.

You were at UCL for 4 years, Bristol University for 7 and 16 at Oxford. What is the best part of being an independent consultant?

I worked in these 3 universities from 1999 to 2016, so 27 years, a very long time. And I left 6 months ago, so I am still in transition. Now I’m enjoying trivial things like not getting up so early in the morning and not having to drive to work! (Laugh). But if we talk about more substantial things, they have to do with freedom and time. Now I can step back and look more broadly and generally the whole activity, what is going on in the sector, in the UK, in Europe and the world, what actually has changed in the last 20 years and what are the trends for the future. Now I can give them some thought. You can see the growth of, for example, proof of concept funds, you can see the development of university venture funds, the development of patient capital and the impact that it is having on investment, the students entrepreneurship, which started quite a long time ago but is now absolutely mushrooming. And then you see trends in technology.

During these 27 years working at universities, what are the most significant changes that you have seen, in relation to funds?

Proof of concept funds, which started in the UK in 99 but now is established in Europe and US, and more recently patient capital and university venture funds, so private money invested in early stage technology for the long term. That is definitely a trend. In Oxford we used crowdfunding to get support for some projects. And another huge trend is broadening of scope, technology transfer. But what is happening in the last 2 or 3 years is that there is so much focus now on knowledge transfer and knowledge exchange in arts, humanities and social sciences. So now you can go to training programs on knowledge exchange in SSH (Social Sciences and Humanities) but 5 years ago it did not exist. In the past we were focused on transferring the outputs from the scientific technology departments, but what about humanities, what about social sciences? How can we help them connect, not with the same commercial objectives but without their organizations and for public benefit?

What are investors looking for now?

Financial investors are looking for making money, but the good thing is they are looking to do it over a longer time scale. So patient capital. Non-financial investors (governments, foundations) are getting involved in this activity because they see the huge social benefit that transferring ideas from universities far more than before.

And what are for you, as an expert, the main challenges to successfully engage financial stakeholders?

The key is to identify a group of stakeholders, financial investors who genuinely will invest in early stage technology companies, because they are only a very small number. That number is growing, which is good, but you need to identify them and get to know them, and this is a social activity: talking to them in events and all this social things to get to know them and develop a relationship, so when you have good opportunities, they will look at them and take them seriously.

Let’s talk about intellectual property. Which are for you the last changes?

I think that from the university tech transfer or knowledge transfer point of view it is this understanding of patenting but also software copyright, thinking about the value of know-how and looking into intellectual property very generally, and thinking how can we use that to make benefits for the society.

You have said that “universities have made huge leaps and bounds in their ability to interact with corporates, and I am not sure corporates have put in the equivalent effort”. From that point of view, what would you suggest to the companies and organizations?

Oh, this is important. Universities had made a huge effort in the last 20 years to develop a technology transfer capability. I think corporates should do the same. They should develop their ability and capability to connect the universities and to engage with universities to find out what benefits they can get from them.

Thank you for the chat, Tom. And good luck with your projects in Spain!

Thank you! Yes, I am currently working on two projects in Spain, which is fantastic. One is in Barcelona, in Universitat Pompeu Fabra. They are developing a new organization called UPF Ventures, a new startup which is developing new ways and mechanisms for making connections with business and industry in Barcelona, Catalonia, Spain and internationally. UPF has a TT office and I am also helping them and developing their capability. And in Madrid, there is a venture capital investment company, B-Able, and they have recently announced a new fund of 32 million euros to invest in early stage spinup companies, for example from Spanish universities. I will be evaluating opportunities and taking investment decisions.