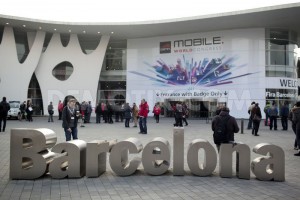 The 1992 Olympics opened Barcelona’s doors to the world, but the Mobile World Congress opened them to technology. A month after this macro-event, there is plenty of evidence that innovation has changed the city forever.

The latest Mobile World Congress (MWC) really got Barcelona moving for a week: maximum hotel occupancy, new temporary jobs, famous business leaders visiting the city… We’ve all heard the numbers. Now it’s time to talk about the permanent benefits of this technology event, as they are felt in the economic, urban and social spheres.

In mid-March, the multinational insurance company, Zurich, announced the forthcoming opening of their global macro-data centre in Barcelona. Prior to this, the Swiss company, Nestlé, announced the opening of their new facility during the MWC, as did BBVA, who have recently opened their data analysis centre in the Catalan capital. The pioneers were CaixaBank who, in partnership with Oracle, opened their Big Data CoE in Barcelona in 2015. The names of other large companies who have been seduced by the new profile of the city will also be learnt soon enough from the Catalan government’s Department of Business and Knowledge.

What’s more, this new wave significantly increases the demand for big data specialists such as data engineers, data scientists and project managers, going by the vacancies published on specialist job sites. And this, in turn, generates three positive consequences for the economy of the city: new specialist jobs for locals, the creation of more than twenty Masters and Postgraduate courses on the subject in Catalan universities, and the attraction of foreign talent, who are happy to live and consume in Barcelona.

Eight days before the opening of the MWC16, Barcelona inaugurated its L9 metro line, built to link the city with Barcelona-El Prat airport. Although the new line was built on the insistence of MWC’s management, L9 is now ready to offer one of the most needed transport services by foreigners and locals alike, all year round, something that had long been available in other capitals such as Madrid.

Technology has affected Barcelona’s metro service in another way too, as very soon, in the second half of 2016, the T-Movilitat contactless card is expected to come into operation, offering a multitude of new possibilities for both users and traders. The project, which was announced during the MWC15 and whose prototype has already been presented to the media, comes from a partnership between CaixaBank, Fujitsu, Indra and Moventia. It will involve the installation of 14,000 terminals that interact with the user, as reported by the Catalan government’s Department of Territory.

The MWC has helped to create a techie community in Barcelona, which brings together businesses and initiatives that exploit the data economy in the 22@ district, such as Imagina (Mediapro) or Mobile World Capital itself. This ecosystem is also home to other businesses in the ICT environment, as well as a great number of start-ups and incubators that, thanks to the impact of the MWC and the image of the city, are receiving more attention from investors.

Finally, we should mention the new investments that have been won thanks to the active role of public bodies. Some of the most remarkable consequences of the sector’s commitment to Catalonia include the agreement between CaixaBank and Oracle to set up Big Data CoE which today serves as a bastion of 22@, or the commitment of companies like IBM, HP and T-Systems who have invested 118 million in the Barcelona Data Center Cluster at Cerdanyola. These are steps forward that, while they may not equate with the phenomenon that is Silicon Valley, will allow Barcelona to unabashedly compete with cities like Berlin or London in attracting new technological profiles.

The impact of the Mobile World Congress has left a more lasting impression than the media gave it credit for in their hasty columns rushed off during the week of the fair. The benefits of being the “world’s mobile capital” reach far beyond those obtained in the short term and they go further than mere economic benefits, reaching a much wider social dimension.