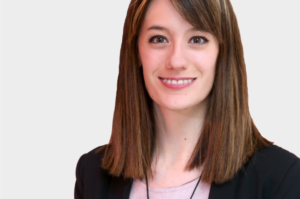 This article was originally published in Catalan on telecos.cat. You can access the original article by clicking here.

The World Space Week is the world’s largest space-related celebration. It takes place every year in the same week, to commemorate the launch of the first artificial satellite (Sputnik I, OCT 4th, 1957) and the signing of the Treaty on Principles Governing the Activites of States in the Exploration and Peaceful Uses of Outer Space, including the Moon and Other Celestial Bodies( OCT 10th, 1967).

During these seven days, different activities are carried out worldwide with the aim of showing the impact that aerospace industry and research has on society. They can be articles, videos, visits to facilities, cinema forum, podcast, virtual sessions, educational workshops or scientific dissemination that help citizens understand the importance of this sector in our well-being and quality of life.

The Knowledge Innovation Market Barcelona Foundation is the National Coordinator of the World Space Week in Spain and seeks to promote and coordinate activities for the entire territory of the State and, in particular, in Catalonia. Our goal is to build and promote a network of actions related to space and related sectors such as telecommunications to nurture the ecosystem. Since our foundation we provide the support and guidance necessary for the optimal development of these activities.

In previous editions we enjoyed activities such as virtual visits in the MELiSSA pilot plant proposed by the Institut d’Estudis Espacials de Catalunya (IEEC) y la Universitat Autònoma de Barcelona, talks, interviews and round tables by entities like Women in Aerospace Europe, and a multitude of acts in planetaries, for example.

The theme chosen for this year is “Women in space”, which makes it even more interesting since there is still a great task to be done in terms of making female referents visible and empowering young people.

And is that the “New Economy of Space”, also known as “New Space”, is revolutionizing the sector. We could consider the democratization of technology was the driving force, since it allowed the entry of private agents, thus generating an agile industry independent of large government agencies. The development of small satellites at much lower prices was the cornerstone that allowed male and female entrepreneurs from all over to see a business opportunity along the entire value chain, from the manufacture of these structures, to the exploitation of satellite data.

Telecommunications are nourished by sending and receiving data through satellites, so the democratization of the sector as a whole has favored them considerably. As an example, the SpaceX StarLink and OneWeb projects plan to create global telecommunications networks using constellations of thousands of nanosatellites, to provide communication at a global level at competitive prices, substantially improving the service offered by satellites in geostationary orbit.

However, we do not have to go so far: in Catalonia we have the project of the company Sateliot, which intends to deploy the first constellation of nanosatellites to offer global Internet of Things (IOT) connectivity under the 5G protocol.

Numbers are clear. The European Union invested more than 12,000 million euros in space activities between 2014 and 2020, and the result has been overwhelming: according to a study by London Economics, only considering telecommunications, for every euro of public investment, between 6 and 7 euros of direct return, and between 6 and 14 euros of indirect return.

So if you want to increase the visibility / recognition of your organization in the media, publicize the use of space technology for the sustainable economic development of the country and demonstrate the existence of support for space programs and that affect telecommunications (GNSS, telecommunications infrastructures, 5G, IOT) this initiative is for you!